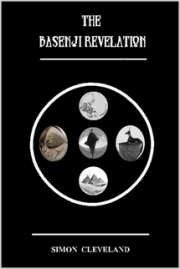 A cold breeze swirled around the chamber. The light flickered. ‘What was that?’ Peter shuttered. He tapped the flashlight a couple of times. The batteries were draining, and the light slowly dimmed.

“Peter, what’s going on?” he heard Lisa’s voice in the distance. So absorbed in the paintings, he forgot about her standing in the dark corridor, alone.

“Lisa, you won’t believe what I found,” he yelled back, “It’s the most amazing thing. A tomb-” it hit him. The resonance of his voice echoed throughout the tomb with intensity. ‘The sound waves! God damn!’ he cursed mentally, but it was too late. The erosions began.

He had failed to consider the destruction higher pitched noise could deliver to a several thousand-year-old work of art. Now, he witnessed the results. The hieroglyphs began to crumble at various sections of the walls. He held his breath.

“Peter? Peter, what did you find?” Lisa shouted back worriedly. Momentarily, the name of Khentamentiu crumbled into dust.

He cursed again, ‘It’s not her fault that the words are eroding. I should’ve warned her earlier. Now, it’s too late.’

Peter cringed mentally, helplessly frozen as history crumbled to dust. Every image, long maintained by the dark tomb, disintegrated by one human voice. He found himself imprisoned by a dilemma. ‘I either have to keep reading as fast as I can before all writing disappears, or slide back through the opening and warn her to be quiet then return.’ He frowned at his choices.

‘What if I get stuck on the way back? What if everything disappears before I return?’ His anxiety growing with each second. His breathing intensified. The air stifled his lungs. The chamber appeared increasingly smaller, tighter.

“P-e-t-e-r,” she let out another hysterical scream.

‘Screw it, I’ll keep reading. There’s just no time to go back,’ he decided and returned to the wall. This time, however, his tension distracted him. His hands shook. He found himself in a race, a race against time, against the speed and destructiveness of sound, against Lisa’s ensuing madness, against his own anxiety.

In between her shouts, Peter heard the pounding of his heart, his wild uncontrollable panting. He wiped away the caked sweat and dust from his forehead. His eyes and nostrils burned.

On the second portion of the wall, next to the one with the two armies, Peter noticed the same sandy field, only this one was littered with the bodies of the evil army. He noticed the dog-headed man standing triumphantly in the midst of the field, surrounded by his soldiers.

“Khentam-entiu avenge-ed his father’s death-” he read the hieroglyphs, but several of them had already disappeared, “Sute-kh escap-ed into the serpent in the far lands…” another erosion.

Peter moved to the last section of the wall, angered that he had to rush. On the third and final portion of the wall, he noticed the creature standing erect with his hand extended in the form of a greeting or a gesture of good-bye. In front of him, an unknown pharaoh and thousands of other people knelt.

“Fath-er, we thank th-ee,” read the pharaoh’s message, “You deli-vered us from Sute-kh. Let the mig-ht of Usir-ee guide you to discover and destroy him. Let the powerful Imsety and Hapy assist you-”

“Peter, answer me, are you okay?” Lisa’s worried shriek ricocheted against the last symbols, and Peter read as they collapsed to nothingness.

The light flickered again, only this time it dimmed to a dangerously low level. His time was up. He had to leave now, or they both would be stranded without light. He pointed toward the sarcophagus in the middle of the room. He saw the jackal statue in front of the heavy coffin. The animal lay with its paws stretched forward, neck erect, and ears pointing upward. It stood guard over the unnamed being buried in the chamber.

The tension in his forehead doubled. He was thirsty, tired, but mostly angry. He backed toward the opening. Something told him to take one final look. He scanned the shadowy chamber, as if attempting to record every little detail in his mind.

Only then he saw the figure, which somehow had escaped him so far. It was carved on the stone of the sarcophagus. It was the picture of a man with a band on his head and a feather. He recognized him immediately by the ostrich feather. It was Shu, the god of the atmosphere and of dry winds, the son of Ra, and the brother of Ma’at.

‘How strange,’ he thought, as he slid through the gap and began to crawl back toward the exit. “Lisa, quiet down, I’m coming back.”

When Lisa heard him, she calmed down.

As he neared the exit, he felt the first tremors.

He pushed forward faster. The trembles behind him increased, and bits and pieces of stone crumbled on his feet and body. Somewhere ahead, the opening began to collapse.

“Lisa, get away from the wall!” he screamed, “The entrance is collapsing.”

Peter made one final dive forward and pushed out of the tunnel a second before the wall behind him buckled and collapsed with raging force. Then suddenly, everything became quiet.